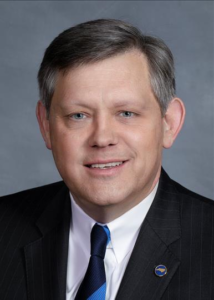 Senator Woodard currently serves on the Health Care, Finance, Budget, Transportation, and Agriculture & Environment committees. He is co-chair of the Life Sciences Caucus and of the Arts Caucus, as well as an active member of the Agriculture-Rural Caucus. See more 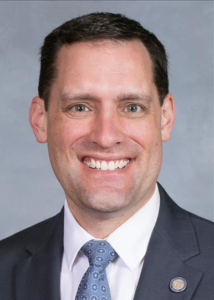 Representative Graig Meyer has served in the North Carolina House of Representatives since 2013. He represents House District 50, serving constituents in portions of Orange and Caswell Counties.

Rep. Meyer has worked across party lines as the founding Co-Chair of two bipartisan, bicameral legislative caucuses, the Early Childhood Caucus and the Life Sciences Caucus. He also served as Co-Chair of the House Democratic Freshman Caucus during the 2015 and 2016 sessions and joined the Intellectual and Developmental Disability Caucus during the 2017 session. His current legislative committee assignments include Alcoholic Beverage Control, Appropriations, Education (K-12), Homeland Security, Military & Veteran Affairs, and Regulatory Reform. See more 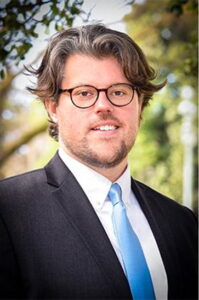 Kody H. Kinsley was appointed to the role as Secretary for the North Carolina Department of Health and Human Services by Governor Roy Cooper and took the oath of office January of 2022. He joined DHHS in 2018 and most recently served as the Chief Deputy Secretary for Health at DHHS and Operations Lead for North Carolina’s COVID-19 pandemic response. 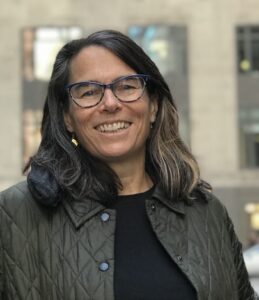 Rose Hoban (Founder, Editor, Reporter) spent more than six years as the health reporter for North Carolina Public Radio – WUNC, where she covered health care, state health policy, science and research with a focus on public health issues. She left to start North Carolina Health News after watching many of her professional peers leave or be laid off of their jobs, leaving NC with few people to cover this complicated and important topic.

Hoban took a circuitous route into journalism—after a decade of practicing nursing, she enrolled at UC Berkeley’s journalism school. While at Berkeley, she also earned a master’s in public health policy.

Hoban’s work has been recognized both regionally and nationally with numerous awards, including broadcast’s highest award – the Columbia-DuPont – a Gracie Award, an Edward R. Morrow award, and a Society for Professional Journalists Green Eyeshade award. In 2010, she was awarded a fellowship by the Association of Health Care Journalists to do in-depth reporting on North Carolina’s mental health system. She has also been a Knight Digital Media Fellow. See more NC Health News 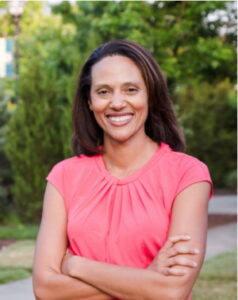 Senator Sydney Batch is a family law attorney, child welfare advocate, and social worker. Sydney received her undergraduate degree at the University of North Carolina at Chapel Hill, where she remained for her Juris Doctorate and Masters of Social Work. Following law school, Sydney entered private practice with her husband, J. Patrick Williams. She is the founding partner at the law firm, Batch, Poore & Williams, PC. Her practice primarily focuses on family law, child welfare law, and appellate work. She was elected to the NC House representing Southern Wake County in 2018 and was later appointed to fill a vacant seat in the NC Senate in 2021. See More 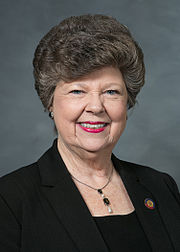 Representative Pat Hurley is a North Carolina State Representative representing House District 70, Randolph County. Representative Hurley assumed office in 2006 and is the first woman in Randolph County to be elected to State Office and is in her eighth consecutive term. She was born, raised, and educated in Asheboro, and served as Deputy Clerk of Superior Court before retiring.

Representative Hurley is a member of the NC Joint Legislative Caucus Leader/Chair, 2015-2016, 2017-2018, 2019-2020, and 2021-23. She is also Chair of the Appropriations on Education and Community Colleges Standing Committees, Vice Chair of Appropriations, Families, Children and Aging Policy Committee, and Appropriations Committee. See more 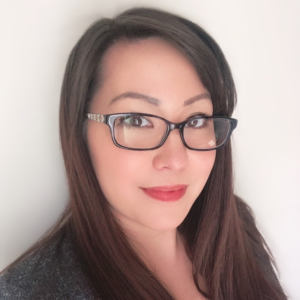 Dually licensed clinician and Certified Clinical Supervisor with over ten years of progressive experience in the field of MH/SA/DD services. Content writer, medical reviewer, and developer of courses, programs, and articles related to mental health and addiction. Developer of Therapeutics, a company dedicated to providing tools and resources for counselors, including the Plan-it Therapy card line, an innovative treatment tool helping to increase the use of Evidence-Based Treatments. Board-approved supervisor for newly licensed counselors with LPCA and LCAS-A licenses. See more 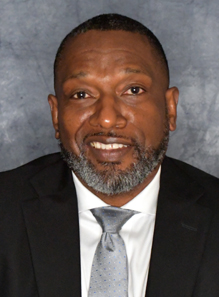 Victor Armstrong serves as North Carolina DHHS Chief Health Equity Officer, with responsibility for leading the overarching strategy and operational goals to promote health equity, diversity, and inclusion across all the agency’s health and human services. He is responsible for developing, implementing, facilitating, and embedding health equity strategic initiatives into every aspect of DHHS’ programs, services, actions, outcomes, and internal employee culture; as well as overseeing the Office of Health Equity, Office of Rural Health, and the Office of Diversity and Inclusion. See more 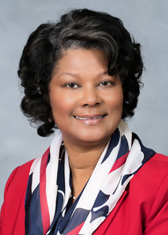 Representative Carla Cunningham ​represents the 106​th ​District in the North Carolina State House of Representatives. Before being elected to the North Carolina General Assembly in 2012, Carla was working as a Hospice Nurse and fulfilling her appointment to the North Carolina Commission for Mental Health, Developmental Disabilities, and Substance Abuse Services. An active civic and community leader, she is a recognized national advocate for women and children, Mental Health, Developmental Disabilities, and Substance Abuse, and Healthcare. See More 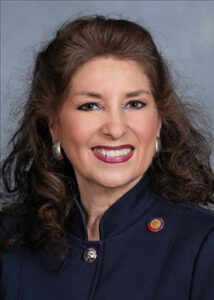 Representative Donna McDowell White
I am currently the Chair of Health Policy and Chair of Health and Human Services Appropriations in the House.  I am a life-long resident of Johnston County. I grew up in Clayton and attended Clayton High School. I graduated from Watts Hospital School of Nursing as a RN and have worked as a public health nurse in communicable disease, school health, pediatrics and home health. Formerly I was a medical consultant for the In- Home Services program in the NC Department of Public Health, where I helped establish the standard of practice for geriatric case management in North Carolina and the country.

Prior to being elected as your representative I worked as an Aging and Health Specialist in the Division of Aging and Adult Services in the NC Department of Health and Human Services, where I developed a model of intervention to assist elder victims of telemarketing fraud and scams, the Victims Assistance Program, that is now used state-wide. see more 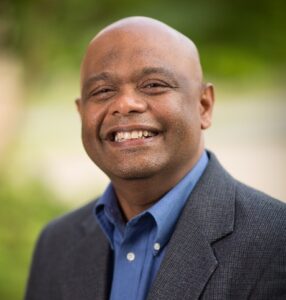 Thava Mahadevan, MS, LCAS, is a member of the clinical faculty in the Department of Psychiatry at the University of North Carolina at Chapel Hill (UNC-CH), and serves as the Director of Operations for the UNC Center for Excellence in Community Mental Health. The Center, based in the UNC-CH School of Medicine, provides community-based services to approximately 2,000 individuals in the Triangle area living with serious mental illness .

Mahadevan is also the Founding Executive Director of XDS, Inc., a North Carolina nonprofit organization based in Chatham County that assists individuals with multiple disabilities. With more than 25 years of public mental health experience working with individuals with multiple disabilities, he has extensive expertise in designing and implementing innovative community-based treatment programs. He received a master’s degree in rehabilitation counseling and psychology from UNC-CH and is a Licensed Clinical Addiction Specialist.  See More 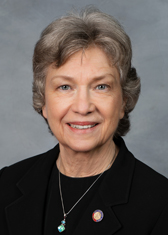 Representative Verla Insko has served in the North Carolina House since 1997. She represents the 56th House District which includes Chapel Hill, Carrboro, and part of Orange County. Her professional training is in biology, education, and public administration. She is a former junior high school science teacher and a retired health program administrator.

Representative Insko has a long history of public service. She served eight years on the Chapel Hill Carrboro Board of Education, and four years on the Orange County Board of Commissioners. In addition, she has been a member and chair of many local and state- wide nonprofit boards. Her primary areas of service in the General Assembly are: Health and Human Services with a focus on mental illness, intellectual and developmental disabilities and substance addiction Education, Environment and Election Law. See more 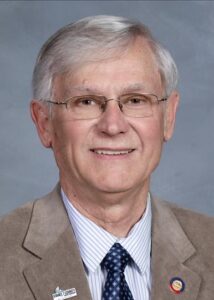 My name is Wayne Sasser. I grew up on a cattle farm in rural Stanly County. I graduated from Pharmacy School at UNC Chapel Hill in 1973. I have been a pharmacist for 45 years, owning independent pharmacies for the last 35 years.

About 7 years ago I started working with various organizations fighting the opioid crisis. My work with Senator Tom McInnis led to the passage of the “Stop Act”. The “Stop Act” reduces the amount of opioids that are written by prescribers.

As a Member of the North Carolina House of Representatives, I am a Chairman of the Health Committee, as the only pharmacist in the 180-member legislature. I have worked to get Step Therapy and the Pharmacy Benefit Management bills passed. Presently, I am working to pass Prior Authorization and Pharmacist Collaborative Practice bills. These bills will help our patients get the medications they deserve and have access to health care providers to manage chronic diseases states. 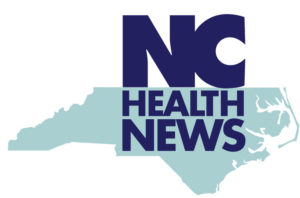 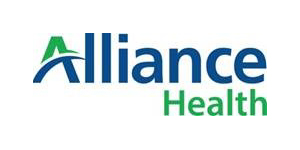 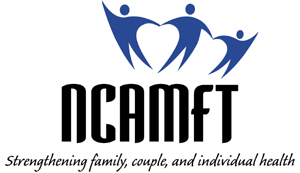 Donate in Any Amount to the Legislative Breakfast on Mental Health 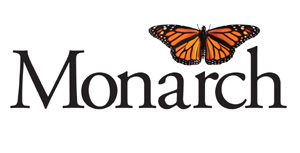